What you believe can actually affect your weight! 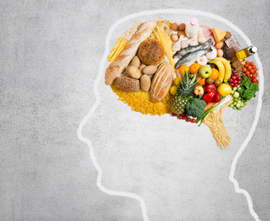 Is obesity more psychological than we thought? There is a long standing belief that obesity has many contributing factors including socio-economics, age, gender and possibly sleep patterns, but new research has looked in more detail at the effect that our individual beliefs about obesity might have on our own BMI.

The new study, looking into the psychology of obesity, has found that whether a person believes obesity is caused by overeating, or by a lack of exercise, actually appears to predict their body mass index.

The study was conducted across five continents, including countries such as the USA, Korea and France - but the results were overwhelming coherent.

People were asked what they believed was the cause of obesity - the top two results were poor diet, and lack of exercise. Genetics came in at a surprising third. The researchers then looked at how their BMI might be affected by their beliefs.

What was the result?

People who implicated poor diet as the main cause of obesity had lower BMIs than participants who implicated lack of exercise. What the study didn't discuss was what might happen in people who saw that both diet and exercise were equally important (which is the Nutracheck view by the way!)

So the outcome of this work was to show that people who thought that diet was the most important factor seemed to have a more favourable BMI (so perhaps thought more about their food intake and didn't rely on exercise to 'cure' all).

People who thought exercise was more important, had higher BMIs, and in separate studies were shown to eat more chocolate than the 'diet' believers. Again maybe reinforcing the view that once you hold diet 'responsible' you take more action to keep your BMI in check?

But what does this mean?

This does actually seem to make sense - the research is supporting other work looking at how our own beliefs and behaviours can affect weight (gain and loss). So if you believe that your diet is causing you to gain weight, you're more likely to want to take action to make changes. This psychology is often tested in programmes like 'Secret Eaters' - when people don't realise/ admit that they are overeating, they are much less likely to make the necessary changes. If their overeating is revealed to them (by way of secret cameras in this instance) then they are much more likely to make changes and admit they have a problem.

If you're someone who believes that you can eat what you like as long as you exercise there's nothing wrong with this, but if you struggle with your weight, it is worth taking a good look at what you eat and see whether there are any changes you could make. Keeping a food diary is a fantastic way of finding out whether there could be some changes to make - often we don't even realise we're overeating until it's written in black and white!

So what does cause obesity?

Well this is the big question - and the answer is that we still don't know for sure. What we do know, is that an imbalance between the calories we eat, and the calories we burn has something to do with it. Whether it's something we have control over (i.e. is there a genetic factor?), we don't know yet, but here's proof that we may be able to psychologically control our weight more effectively than we thought.

Until the cure for obesity is found we should stick with what we know - that eating a healthy, balanced diet and keeping as active as possible are the key to finding the healthiest, and happiest you! 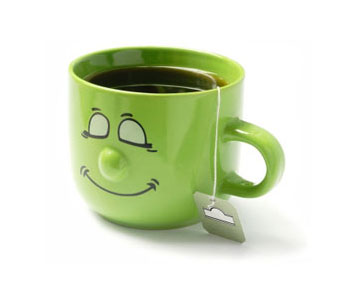