In light of the Queen's Jubilee celebrations, we're taking a look back to the 1950s. The world has changed enormously, none more so than how we live and what we eat. Many changes have transformed our lives and health for the better, but whilst we've made great strides in some areas, others haven't been as positive. For example, the rates of obesity and related diseases, such as heart disease and type 2 diabetes, have skyrocketed. The reasons are complex, but we've noted 7 significant shifts in how we eat compared to 70 years ago. 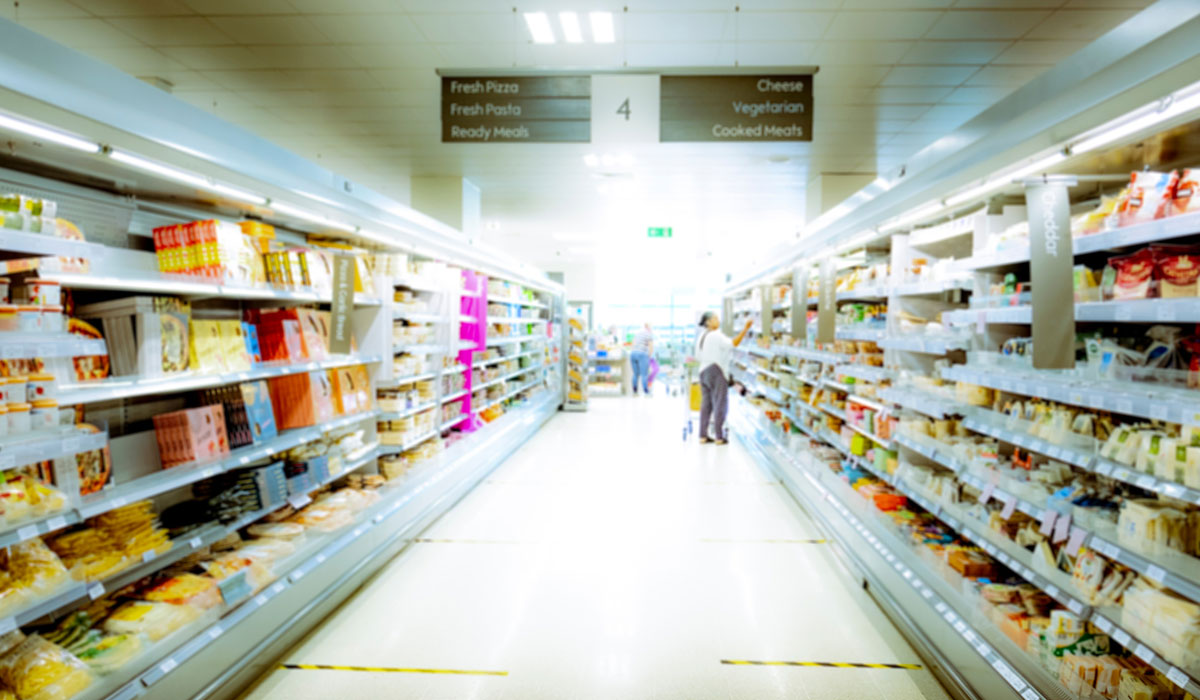 Then: In the wake of World War II, rationing meant that many foods weren't available. It wasn't until 1954 that rationing ended, so foods like meat, cheese, fats and sugar continued to be in short supply until that point. This meant other foods were consumed in higher quantities – primarily vegetables, British fruits, bread and cereals.

Now: We're very fortunate to have a huge variety of foods in plentiful supply, many not indigenous to the UK. We can readily import an array of exotic fruits and food products that weren't available at all in the 40s and 50s. However, this has meant it's become so much easier for us to overconsume, without having to worry about our food supply running out. 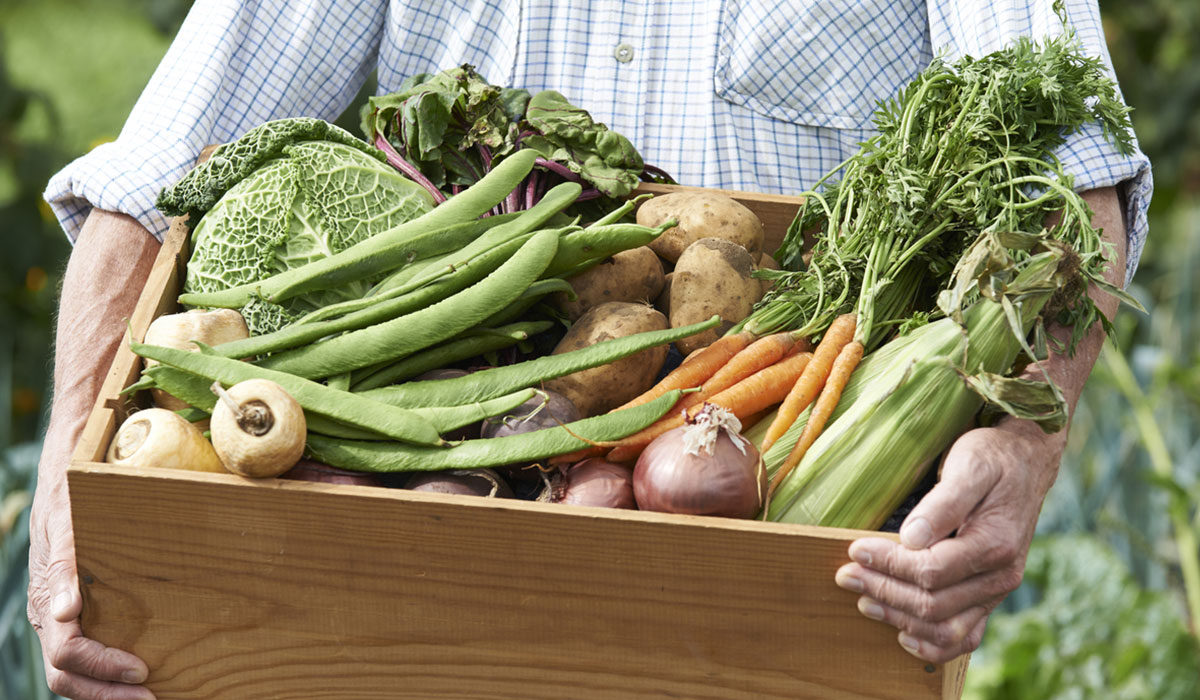 Then: Due to the impact of rationing, Brits were encouraged to grow their own fruit, veg and potatoes in their gardens or on allotments – known as the Dig for Victory campaign. The lack of household fridges and freezers also meant that all produce had to be in season, picked and eaten fresh.

Now: The globalisation of the food industry now means we can readily import a huge variety of exotic fruits and vegetables. Even non-exotic produce such as apples are transported half way across the world. We have access to out-of-season produce whenever we fancy it, which does allow us to include a wider variety of foods in our diets, although stats on UK fruit and veg consumption show that ready availability does not guarantee we eat more of it! Plus, this choice comes at a big cost to our environment, in terms of energy use in the production and transportation of global products. Read more about seasonal produce here. 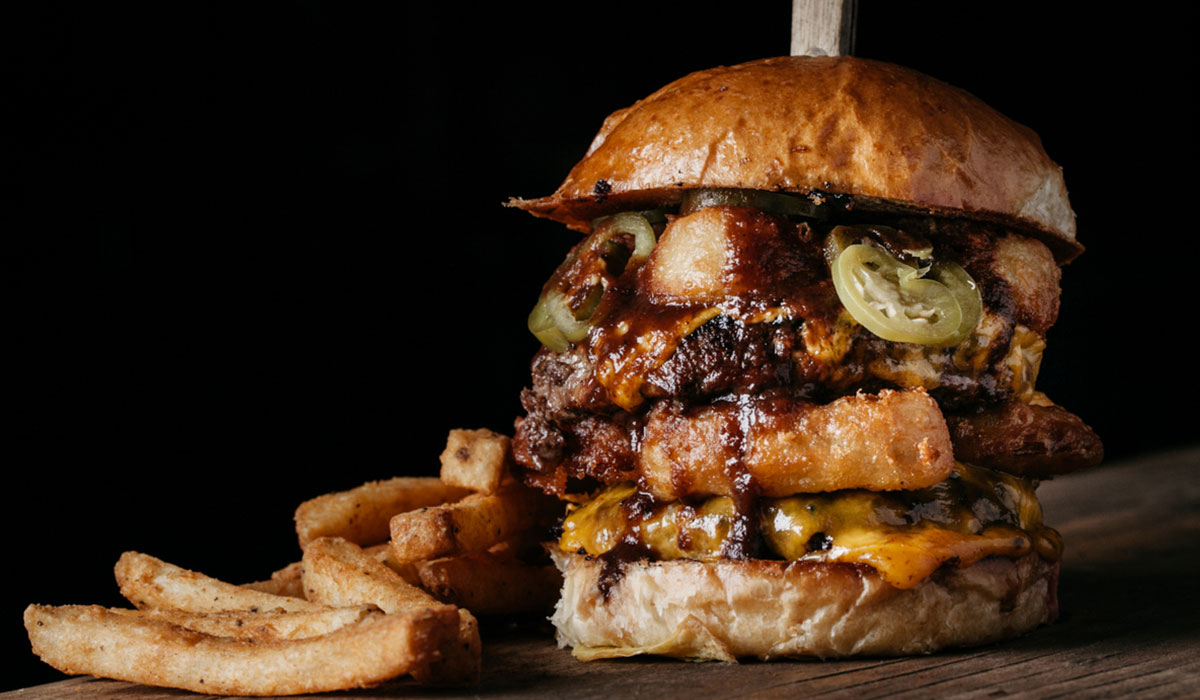 Then: Being one of the more scarce foods in the early 50s, meat intake overall was moderated by rationing. UK adults were only eating around 120g of bacon and ham a week. More readily available protein sources included tinned salmon, white fish and beans.

Now: Supermarkets are filled with cheap, readily available meat-based products that are often highly processed. As research has emerged about the effect of excessive meat consumption on cancer risk, it's recommended we cut our processed meat intake to a maximum of 70g a week. This combined with the detrimental impact of the meat industry on our environment has encouraged many Brits to actively reduce their meat consumption, around 17% over the course of a decade, which is a step in the right direction! 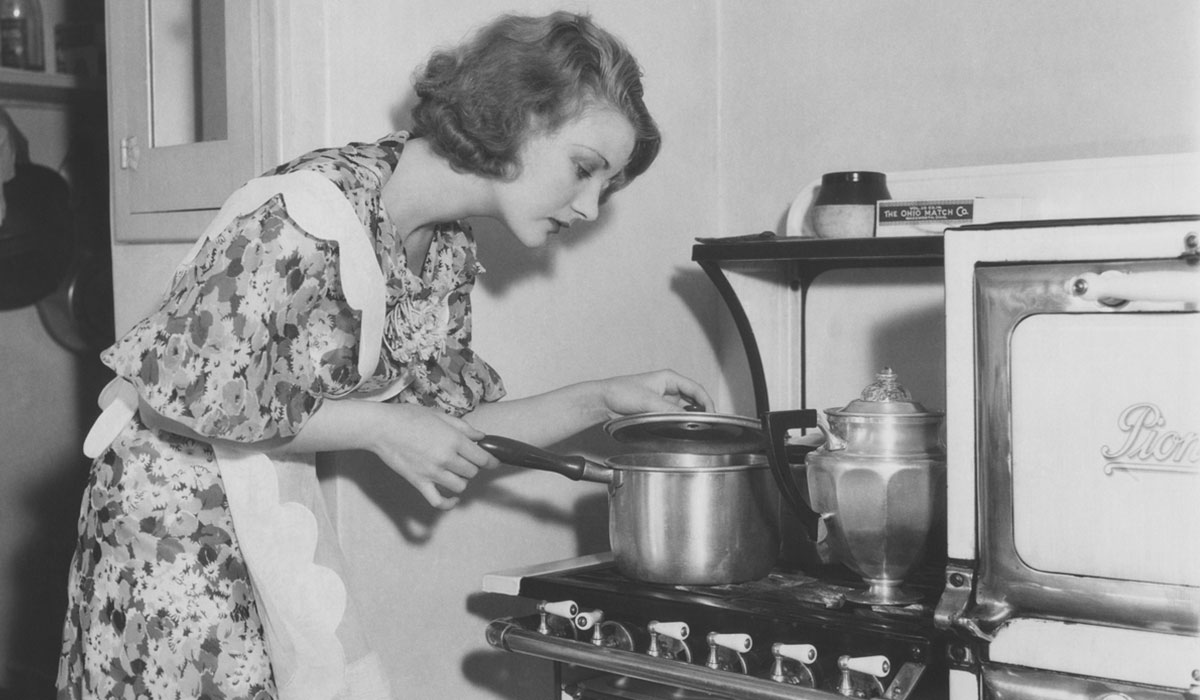 Then: Cooking from scratch was standard practice in most households. 'Meat and two veg' was a typical dinner combo, with vegetables being a regular part of meals. If sweets and treats were consumed, they were also far more likely to be homemade. Click to read about some of the benefits of cooking from scratch.

Now: The first microwave meal launched three decades later in 1986. Since then, processed foods have taken centre stage as a staple in our diets due to busy lifestyles and convenience being our number one priority. With no control over what goes into manufactured food products, many have far more additives than we'd consume in a homemade equivalent, as well as higher levels of salt and added sugar, which help increase shelf life. 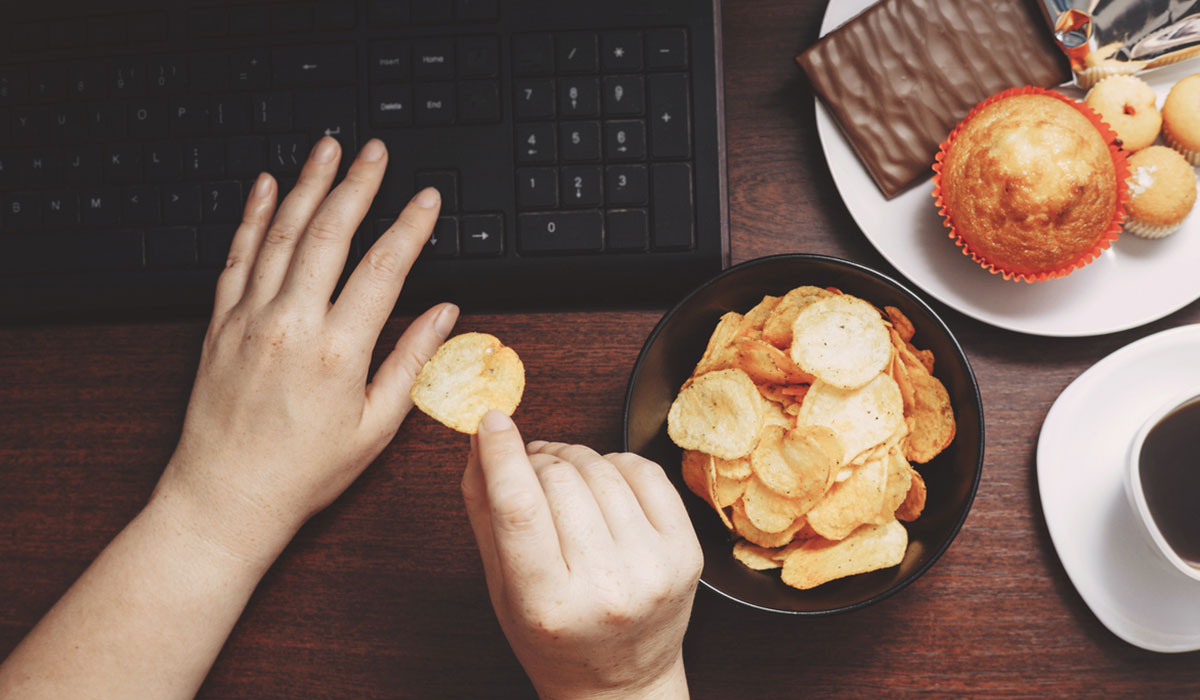 Then: Three square meals a day was the standard eating pattern. Many families couldn't afford to use their rations beyond these meals, so snacking wasn't commonplace.

Now: In recent years our eating patterns have changed, in part encouraged by the 24/7 availability of food. It's rare to walk down a street without finding a shop selling food of some kind – and of the type we can instantly consume. We've become a nation of grazers, often mindlessly snacking whilst pre-occupied with other tasks. 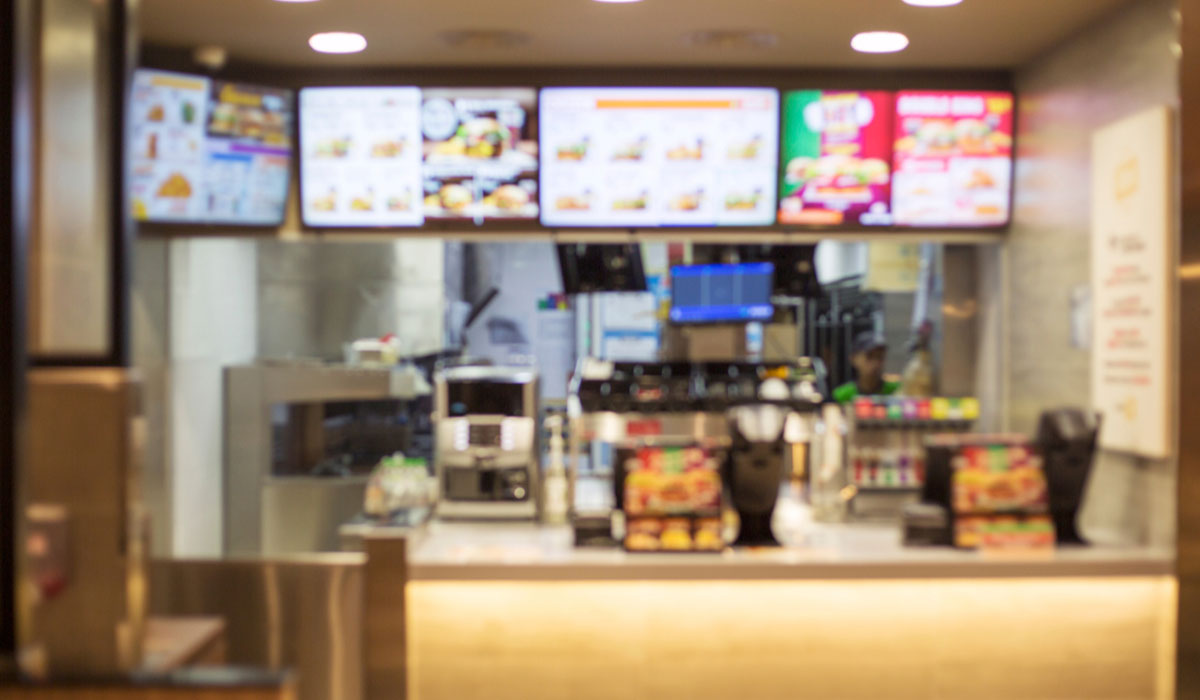 Eating outside of the home

Then: Eating out at restaurants was a rare treat for many, and only the pioneering fast food brands were just opening their first locations.

Now: Wherever you look, there are fast food chains and takeaway places. Eating outside of the home is firmly established in our culture, with around 25% of the calories in our diets now coming from these foods. And we don't even need to make the effort to go to the fast food place – the rapid rise of food delivery platforms like Deliveroo and Just Eat will bring our takeout meal to our door, without us leaving the sofa. Not only are takeout foods much higher in calories, fat and salt than homemade versions, we are often not privvy to the nutritional information of what we're eating. 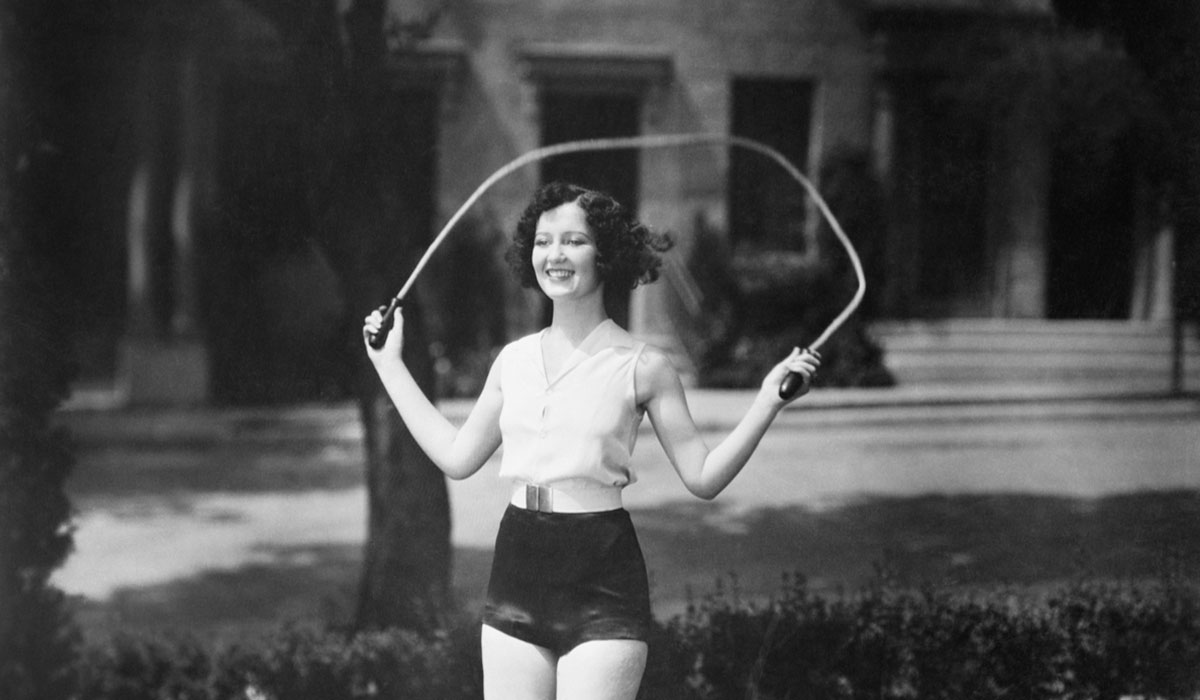 Then: Much more of life was spent on our feet. Few families owned cars, so it was standard for most people to walk or cycle to work. Most jobs were based around manual labour. Household chores were much more physically demanding – cleaning required proper 'elbow grease'! No automatic washing machines, dishwashers and high powered vacuums.

Decades before the smartphone was even conceptualised, entertainment had to be sought in other ways. Children would spend more time outside occupied with games, while teenagers and grown-ups would enjoy roller-skating, dancing, fishing and golf.

Now: Labour-saving devices are fully immersed into our lives. Cars, escalators, lifts, remote controls...all designed to minimise the amount of physical effort required. It's difficult to escape spending time in front of a screen in today's world – most jobs involve desk-based computer tasks. When we're not at work, we're slumped in front of the television or scrolling through social media on our phones. Less movement equals less calorie expenditure.

Now we're not suggesting the key to a healthy weight is going back to spam fritters and bland food! But these observations certainly provide food for thought. It's easy to see how the energy in/out balance has tipped. We've made it all too easy to overconsume calories, not just because food is readily available 24/7, but because we've also made much of it calorie-dense and appealling. And we've also removed a lot of physical demands from our lives too.

We can take a leaf out of the book of generations gone by and evaluate how we spend our time and whether a shift is needed. For example, a little less time in front of screens and instead putting that time into cooking healthy, tasty meals at home. And making sure that we consciously build more physical activity into our lifestyles. 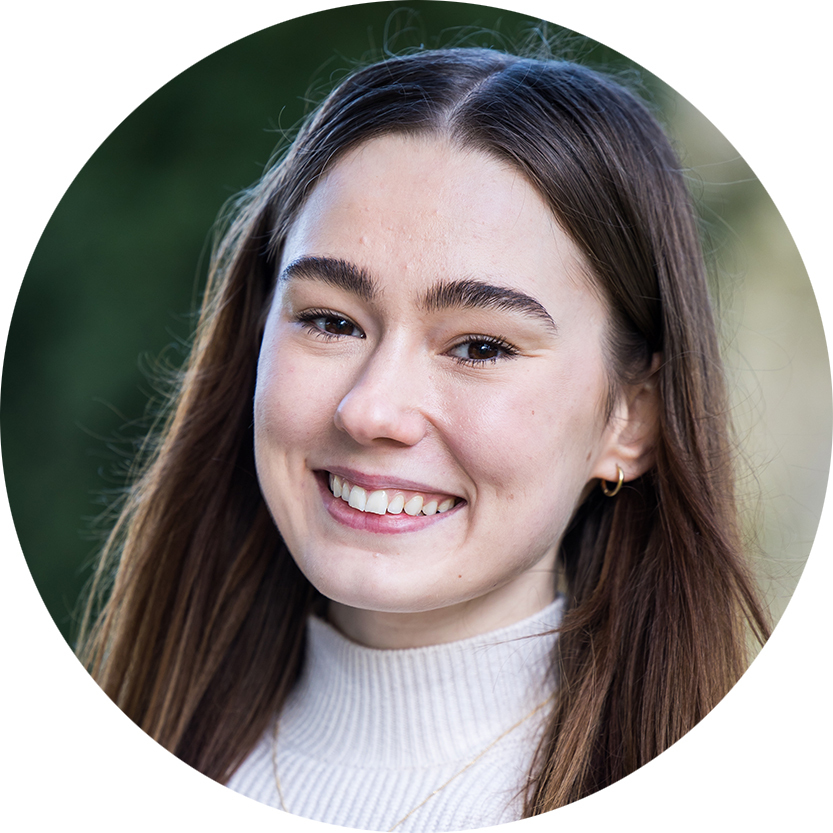 Nutritionist Amy Wood (ANutr), MSci BSc Nutrition has a keen interest in the relationship between diet and health. Having been published in the European Journal of Nutrition, Amy is passionate about making evidence-based nutrition accessible to everyone and helping others to adopt a food-focused approach to taking control of their health.