The great dairy debate - which side are you on?

Dairy is a hot topic, with mixed reviews on its health implications – both positive and negative. Some people believe dairy is extremely nutritious and an important part of our diet, whereas others believe it causes negative side effects and should be avoided. So I'm going to look at the reasons behind why there is such divided opinion, to help you make the best choice for YOU when it comes to dairy.

Why is there such a split opinion?

Quite simply, some people can tolerate dairy and some people can't. Dairy products contain a sugar called lactose, which not all people can digest. As well as this, a much smaller number of people are intolerant, or more seriously allergic, to the protein found in cow's milk. The fact that dairy CAN cause digestive discomfort for some, leads to many people being wary of it – but very often this is an unnecessary fear.

Why can some people tolerate it and others can't? 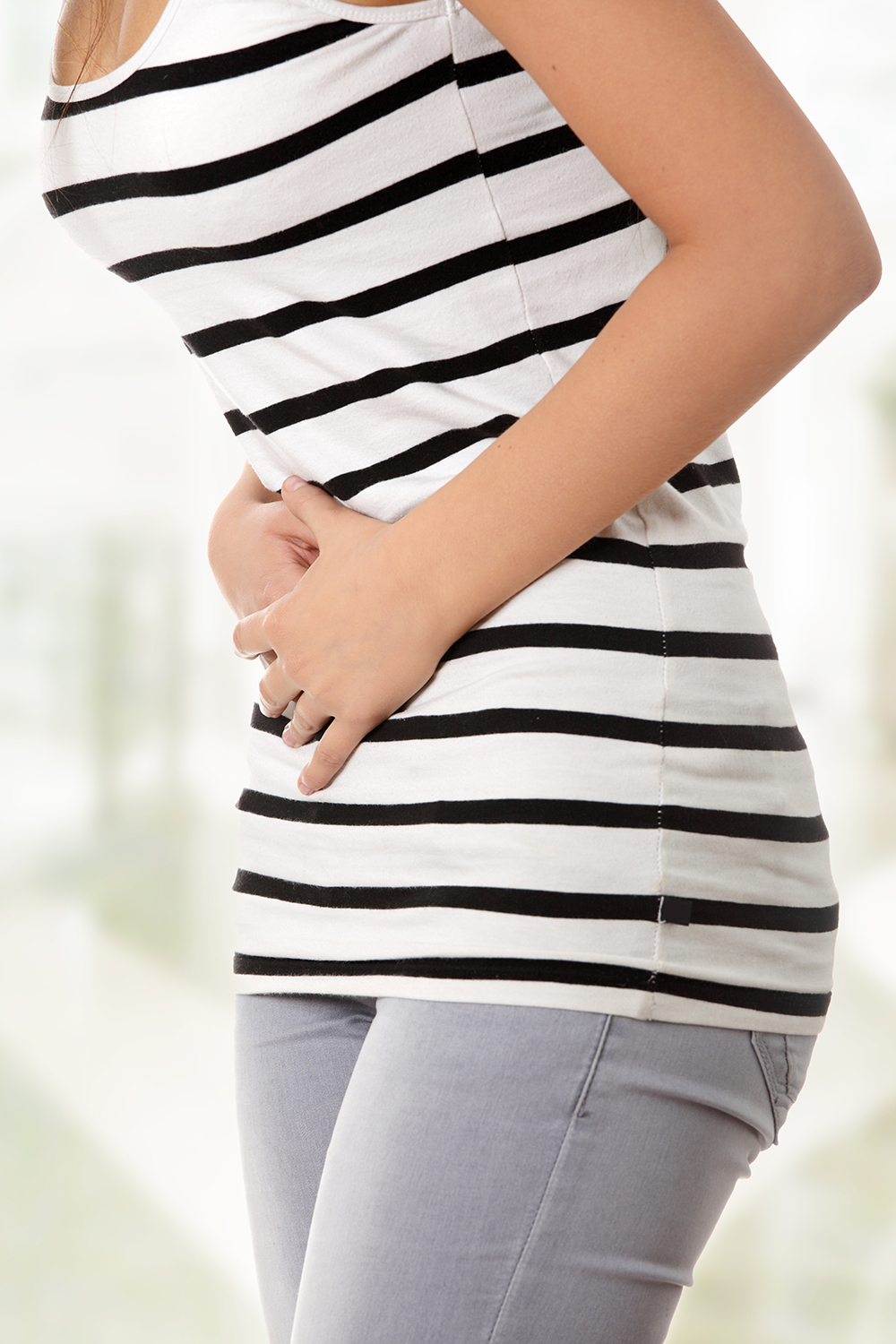 The reason for this goes way back in history. Thousands of years ago, humans would stop producing lactase – the enzyme needed to breakdown lactose – once they were weaned off breast milk. This was due to a lack of dairy foods in the diet so their bodies no longer had a need for lactase. However over the years, as dairy foods became more prevalent, some people began to continue eating dairy containing foods later into life – mostly cheese and yogurt which contain much smaller amounts of lactose than milk. This lead to a gradual increased tolerance to dairy foods, as their bodies evolved to continue producing larger amounts of lactase after weaning. Eventually many of these people and their descendants could tolerate drinking milk, and eating cheese and yogurt every day.

However, this 'genetic adaptation' did not occur across all cultures as many simply didn't continue to consume dairy regularly due to variation in food availability and dietary habits. So for this reason, there are some populations in the world today who simply can't tolerate lactose after weaning, as their bodies stop producing lactase after infancy. In fact figures show that only about 35% of the world's population can tolerate lactose – mostly people of European decent where dairy is an important part of the diet. Whereas a large proportion of Asian, South African and Australian populations can't tolerate dairy due to a much reduced availability of dairy in such countries. For us here in the UK, about 90% of the population are absolutely fine with dairy. 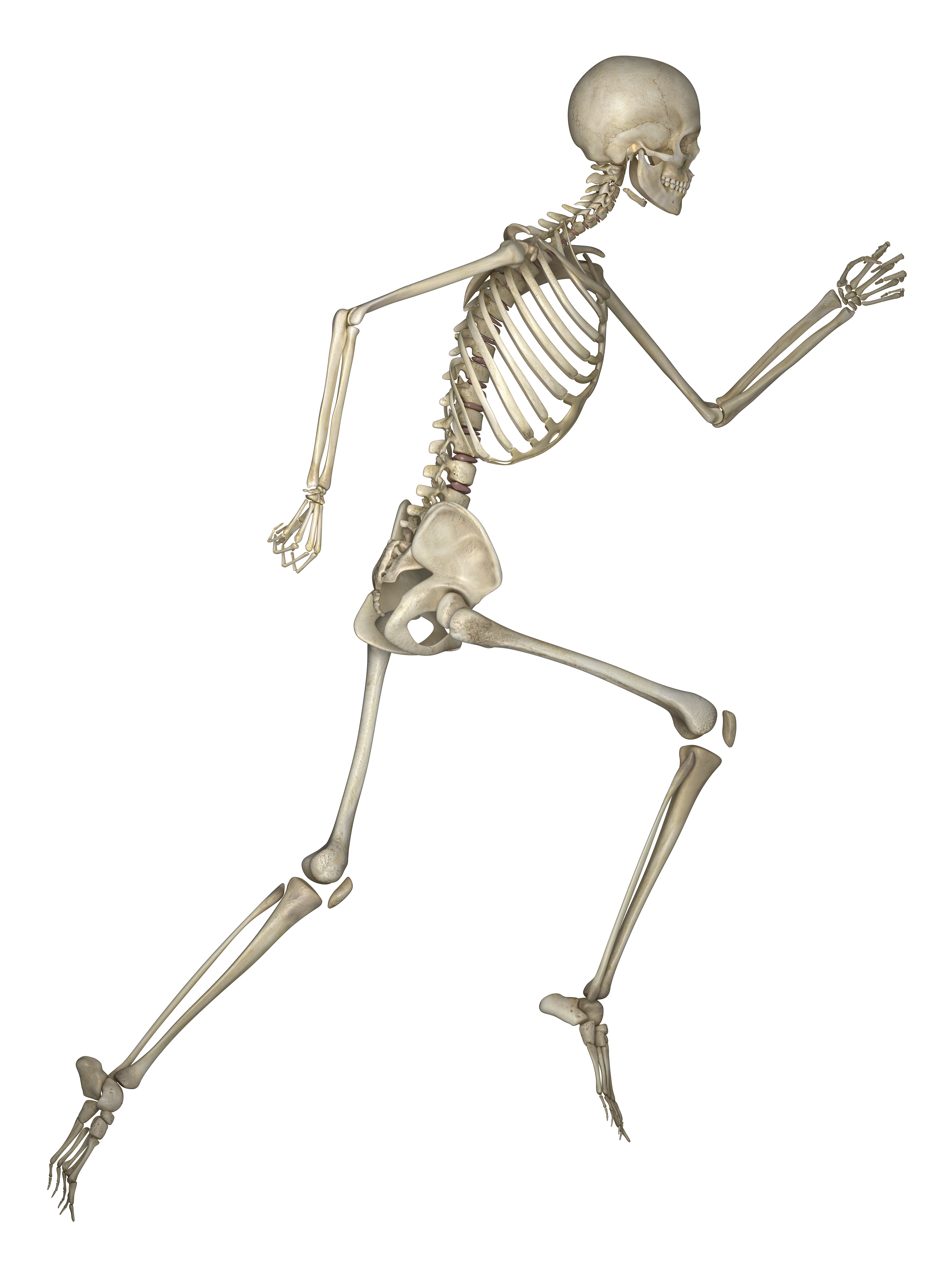 What's so great about dairy anyway?

Milk and milk products are a source of high quality protein, which means they contain all 9 essential amino acids that our body can't make itself, so they are vital from our diet. Amino acids play an important role in the growth and repair of body tissue and also in metabolism, so it's important we get the right balance.

It's no secret that dairy foods are a great source of calcium, and calcium is important for healthy bones throughout life. Studies have consistently shown that a higher intake of calcium is associated with better bone health and reduced fracture risk. Calcium from dairy foods is also more bioavailable (useable) to the body, than calcium from non-dairy sources. 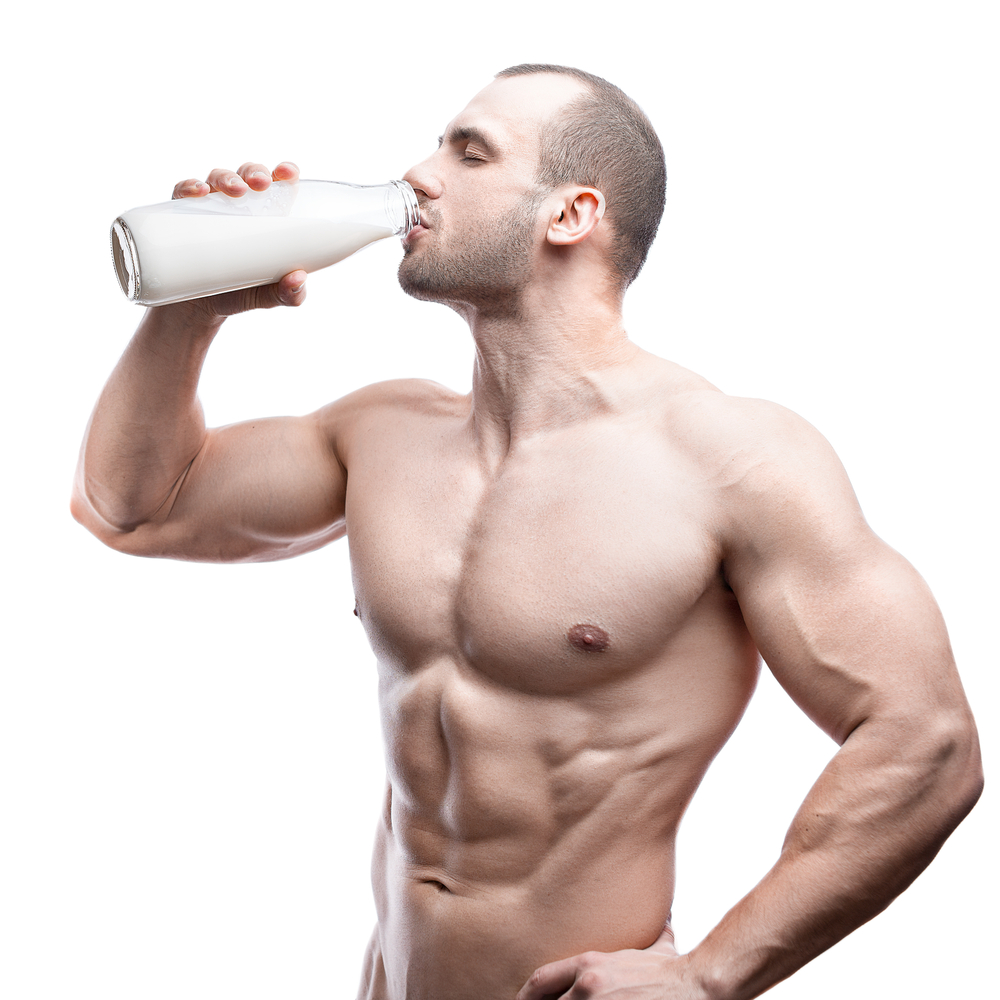 Studies have found that milk is a fantastic post-workout recovery drink, even better than specially developed sports drinks. One study found that compared to drinking a soy or carbohydrate beverage post-exercise, skimmed milk improved muscle gain, strength and fat loss. It's believed that the mix of fast and slow absorbed protein in milk – whey and casein – strikes just the right balance for optimal muscle gain. As well as this, the nutrient balance in milk makes it a great drink for re-hydration as it helps to replace fluid as well as lost electrolytes. 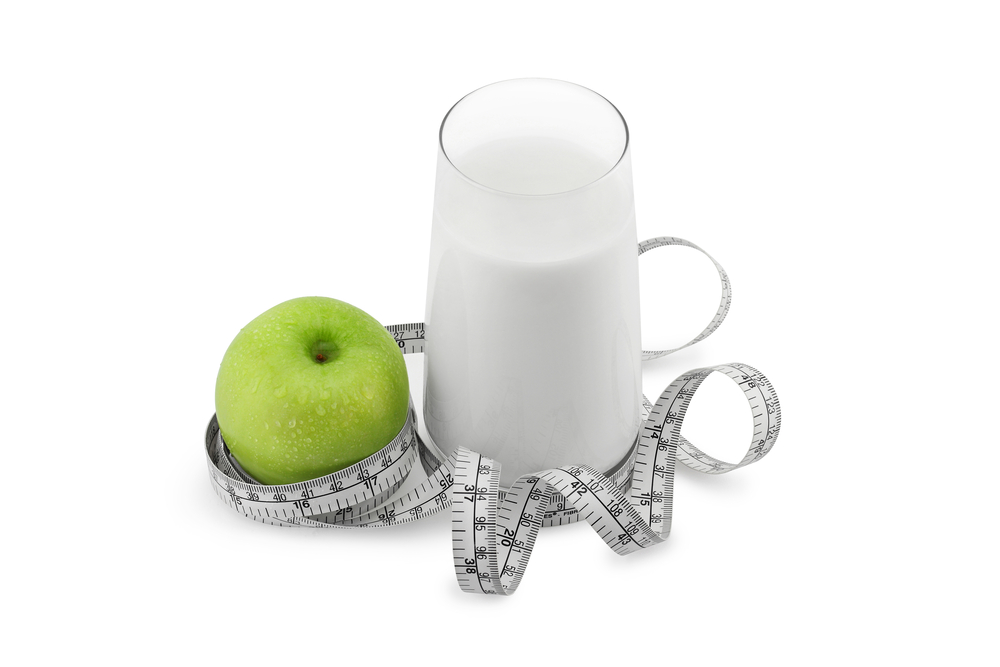 There is some research to suggest that consumption of low fat dairy foods can help to increase fat loss while on an energy restricted diet, as well as reducing weight gain when following a maintenance calorie allowance. This may be due to some components such as calcium in the dairy foods influencing fat metabolism in the body.

Are there risks with cutting it out?

If someone cuts out all diary from their diet, it is essential that the important nutrients derived from it are replaced to avoid possible nutrient deficiencies and health implications. If alternative sources of calcium are not considered, it's possible people could be putting themselves at risk of bone disease such as osteoporosis. Calcium has many other essential roles too, such as helping our muscles contract, blood to clot and heart to beat normally - so it's essential we get enough from the foods we eat. Adults should be getting at least 700mg per day in their diet.

Which groups are most at risk?

Although the essential calcium we get from dairy foods is important for all of us to stay healthy - there are certain groups of people who are more vulnerable to the health implications of a low calcium intake.

Research by the National Osteoporosis Society found that younger people are reducing the dairy in their diet more and more in recent years - which could have a lasting effect on their health. The increasing popularity of social media provides a platform for various 'Wellness' Bloggers, and teenagers and young adults in particular are being presented with 'health' messages that may be misleading. A young person is still developing and inadequate calcium in their diet during teenage years could risk bone growth and bone health in later life.

Another group to consider are the older population. Our bone density decreases with age, so adequate calcium intake is essential - especially in post menopausal women. Research has also found that older adults may need more protein per day than the recommended minimum of 0.8g/kg for the general population - as muscle mass also decreases with age. Protein is important for maintaining overall muscle mass for strength and stability. A glass of milk before bed has been found to be very beneficial to the older population.

What about non-dairy alternatives?

With the increasing popularity of veganism in which foods from any animal origin are excluded, there's a plethora of dairy free alternatives available on the market. Milk alternatives such as soya, almond, oat and coconut milk are available to use in place of cow's milk for example. For the most part these products are fortified with important nutrients such as calcium and B vitamins, that would otherwise be lacking - so they do provide a suitable replacement. However they tend to be lower in protein than dairy foods, so it's important to ensure you're getting enough overall protein from other sources in your diet.

So what should we do when it comes to dairy foods?

So the take home message is, that although some people can't digest dairy well, others are absolutely fine with it. So unless you have a medically diagnosed intolerance to dairy, you do not need to remove it from your diet and can continue to happily benefit from its array of nutrients. Choose low fat versions of your favourite dairy food where you can to reduce calorie intake – this won't affect the other nutrients, and in fact skimmed milk contains a little bit more calcium than full fat! 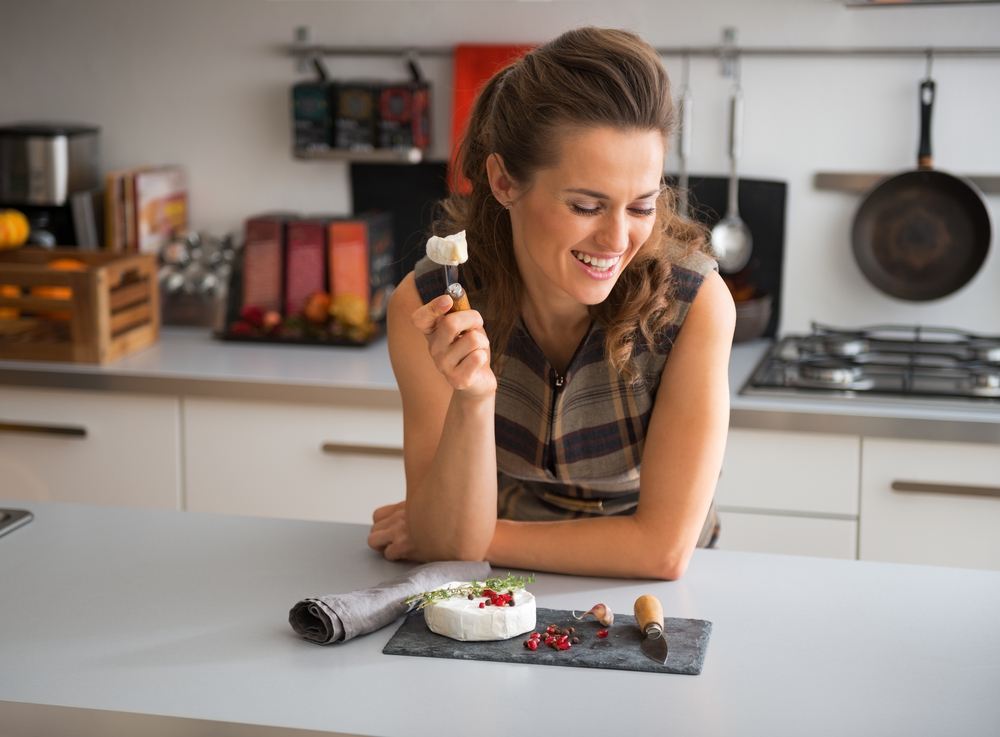 It's easy to get sucked into things when it's all over the media or social media, but it's important to weigh up the facts before jumping on the bandwagon. Although cutting out dairy may be fashionable, if it's unnecessary for you then you may be losing out on important nutrients for no good reason.