Last month saw National Prosecco Day. So we compiled a few facts about this popular fizz. 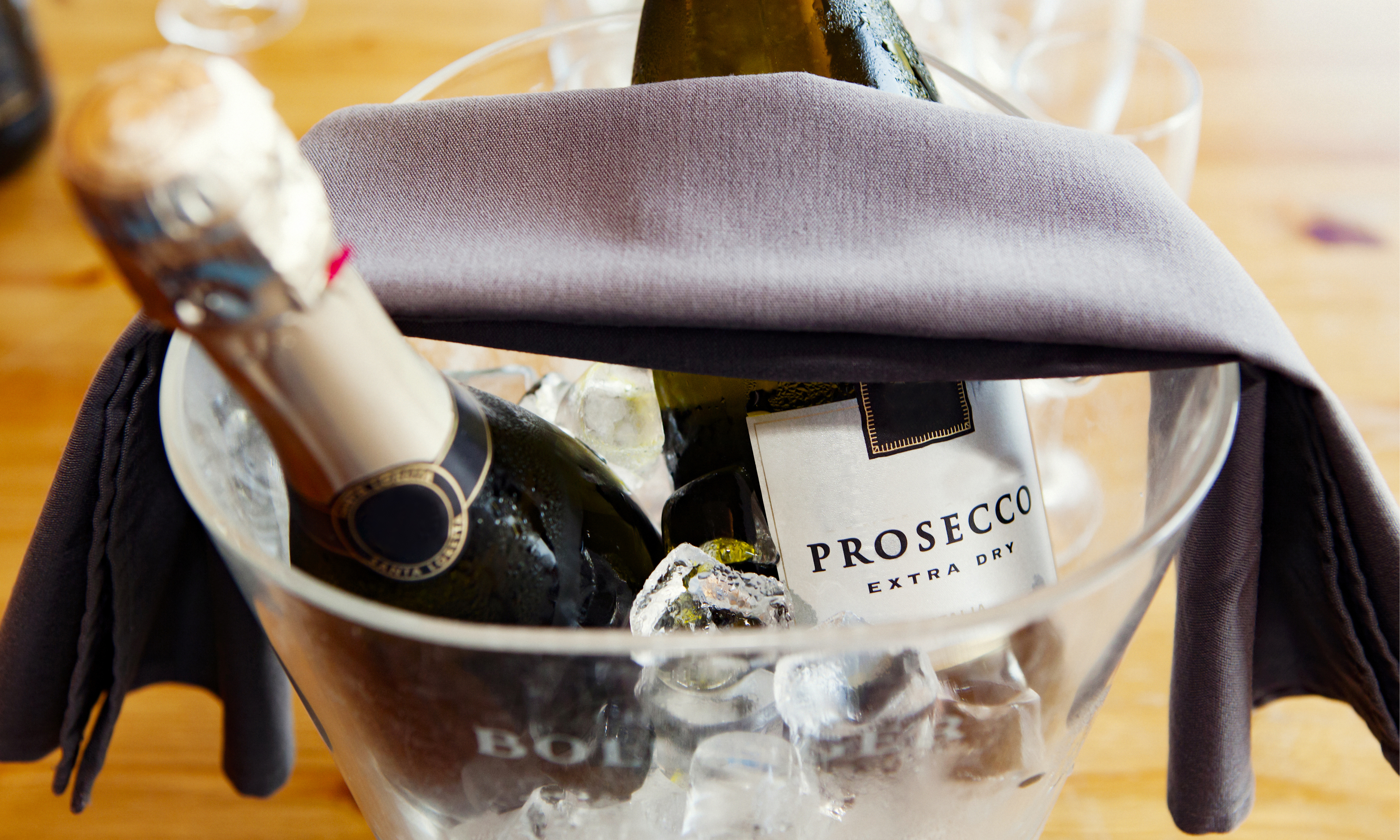 As the title suggests, Prosecco is the no. 1 sparkling wine sold in the world by volume. Once considered a Champagne rip-off, its rise in popularity is thought to be due to improvement in taste and quality of Prosecco over the years, as well as its price advantage, rivalling that of its competitors. Prosecco is light, refreshing, and soft in flavour, making it the perfect all-rounder. More exciting news came in May 2020, when the Italian government approved production of Prosecco Rosé, with Aldi being first to sell this new tipple in the UK. 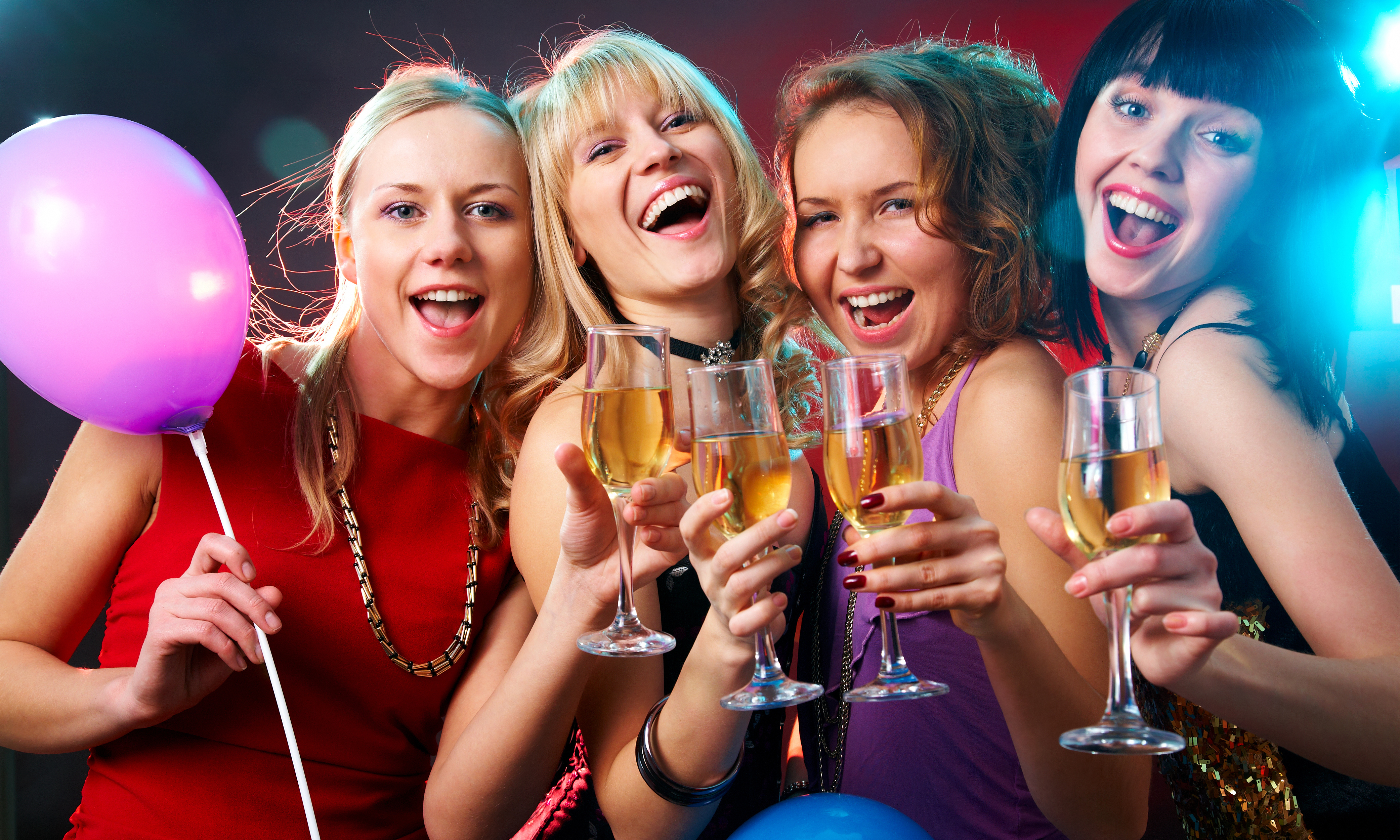 2 Millennials are fuelling the rise in popularity

Over 95% of 18-24 year olds surveyed in a recent poll said they drink Prosecco- far more than any other age range. Due to its wide availability, affordability and association with 'luxury', it's now considered the go-to fizz for bottomless brunches, hen dos and nights on the town among other celebratory occasions. There are even no/low alcohol options available, which have become a firm favourite at baby showers. 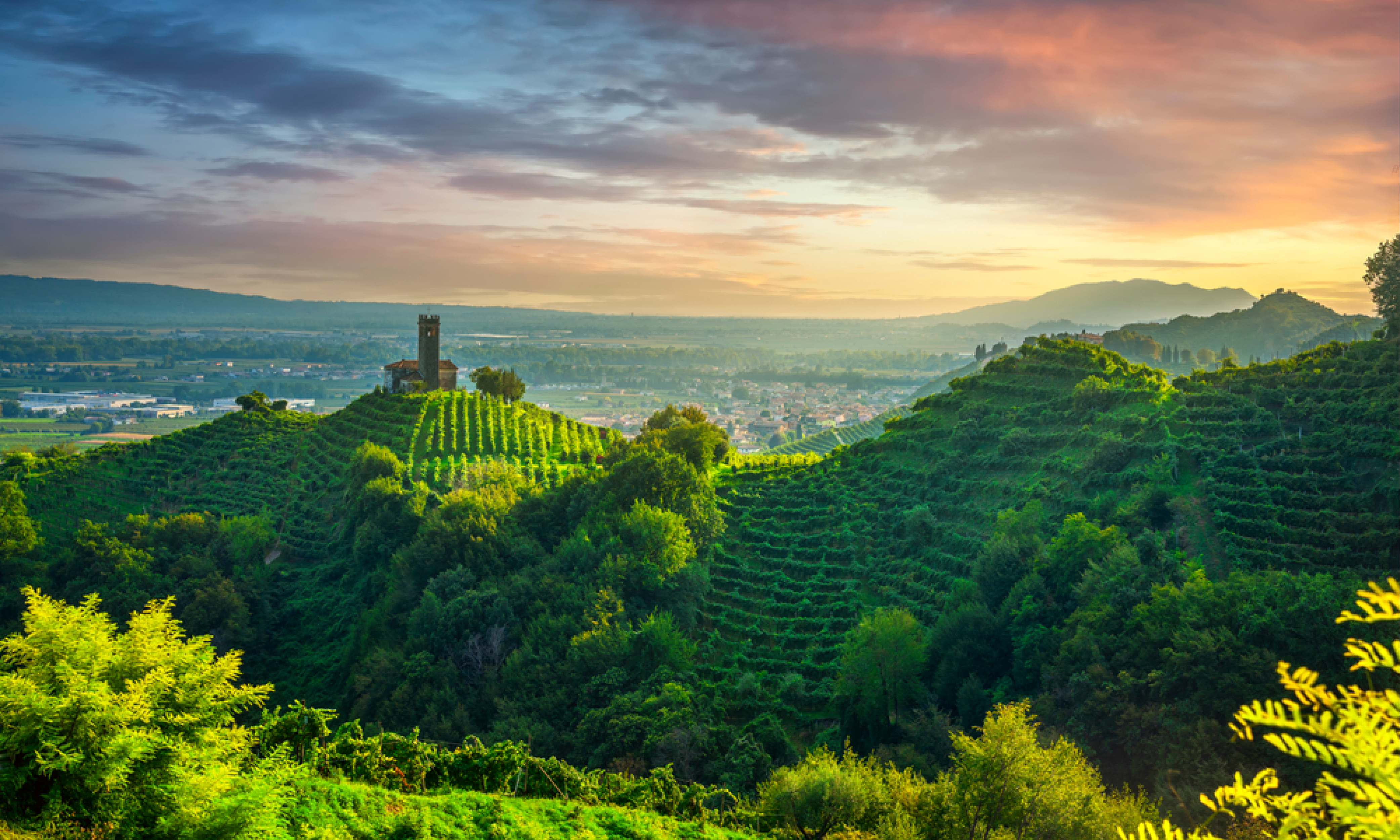 Prosecco is produced exclusively in a few areas of North-East Italy. The best wines in terms of refinement and character come from Conegliano Valdobbiadene Prosecco Superiore DOCG situated between Venice and the Dolomites and known for its picturesque hilly countryside and unique microclimate that's ideal to host the Glera grapes. There are also the Asolo DOCG and the Prosecco DOC, covering 9 Provinces in the Veneto and Friuli Venezia Giulia. The name 'Prosecco' is taken from the village of Prosecco which is in the province of Trieste, a good 2-3 hours away from where it is actually produced. 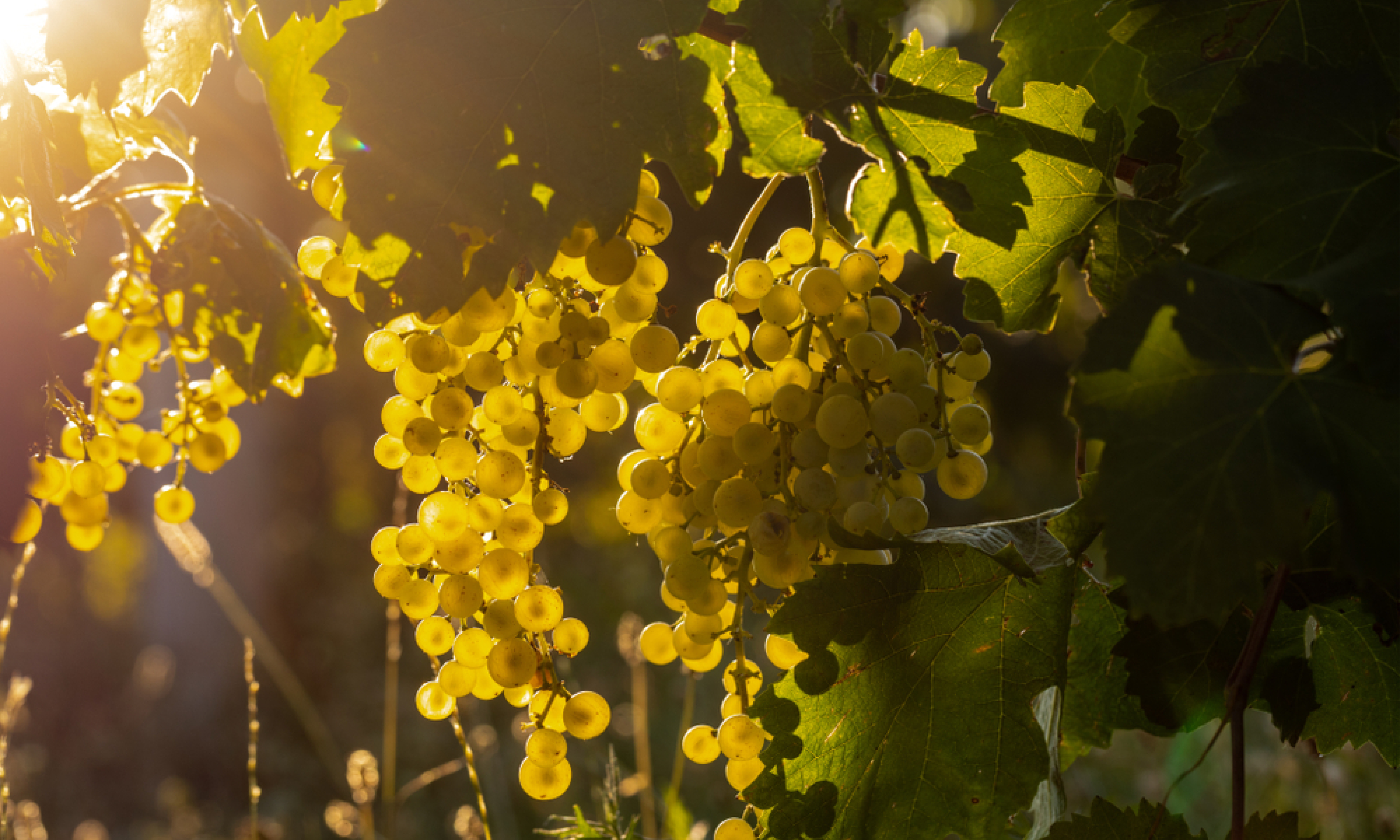 Not as well-known as the Champagne grapes, the main ingredient in the majority of Prosecco is the Glera' grape – a green-skinned grape that has been grown for hundreds of years in the Veneto and Friuli regions. Although Prosecco is made with other grape varieties, including Chardonnay, Pinot Gris, and Pinot Noir, Glera is the main player. It is characterised by its peachy and floral scent, naturally fruity flavour and relatively high acidity. 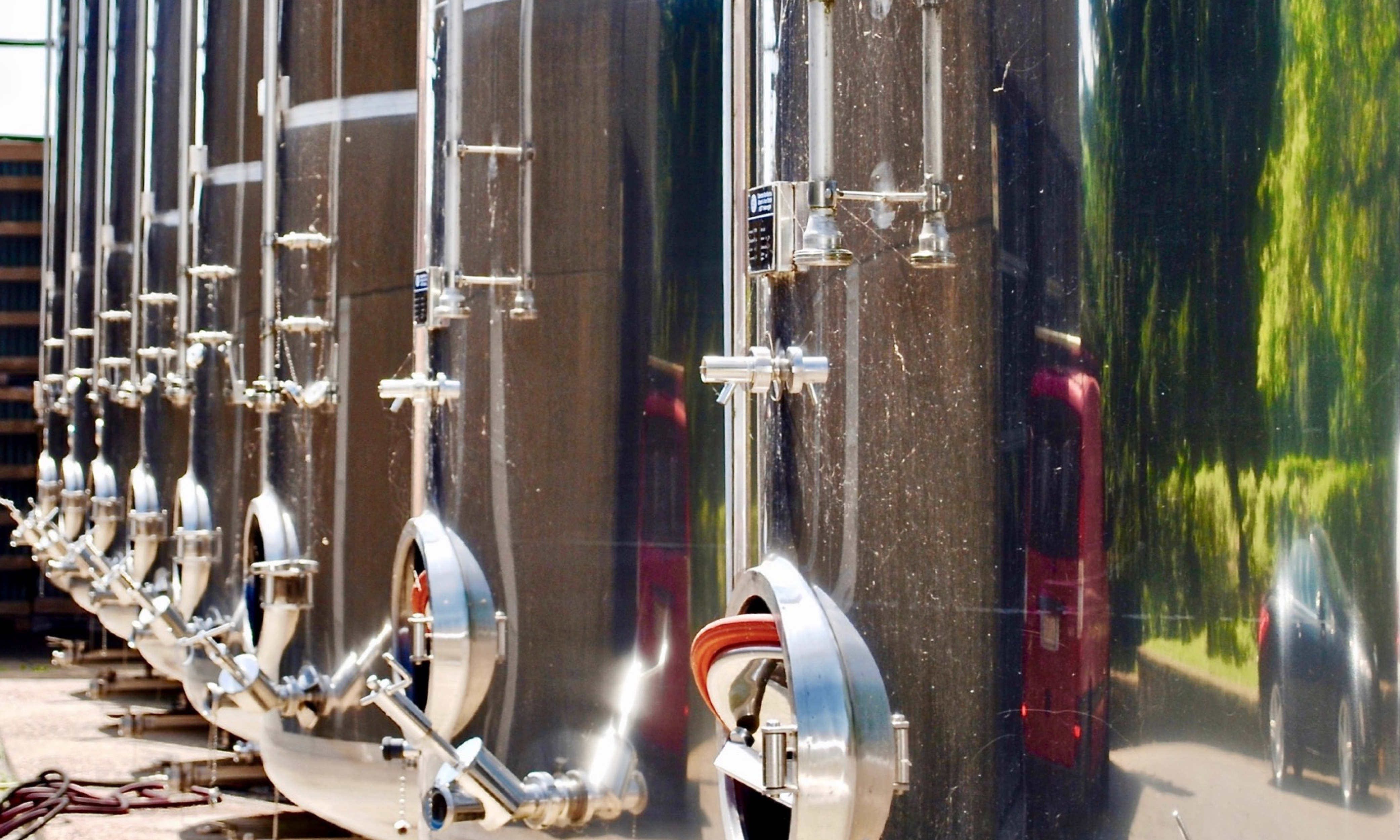 The method of production is more cost-effective than that of Champagne and in return, more affordable for all. Instead of the méthod champenoise, in which the fermented wine goes through its secondary fermentation in the bottle, most Prosecco is made in the “charmat” method, or in other words, in large steel tanks. Not only does it make the resulting beverage more economical and quicker to produce, the aromatics of the grapes used to make the Prosecco are enhanced too – win win! 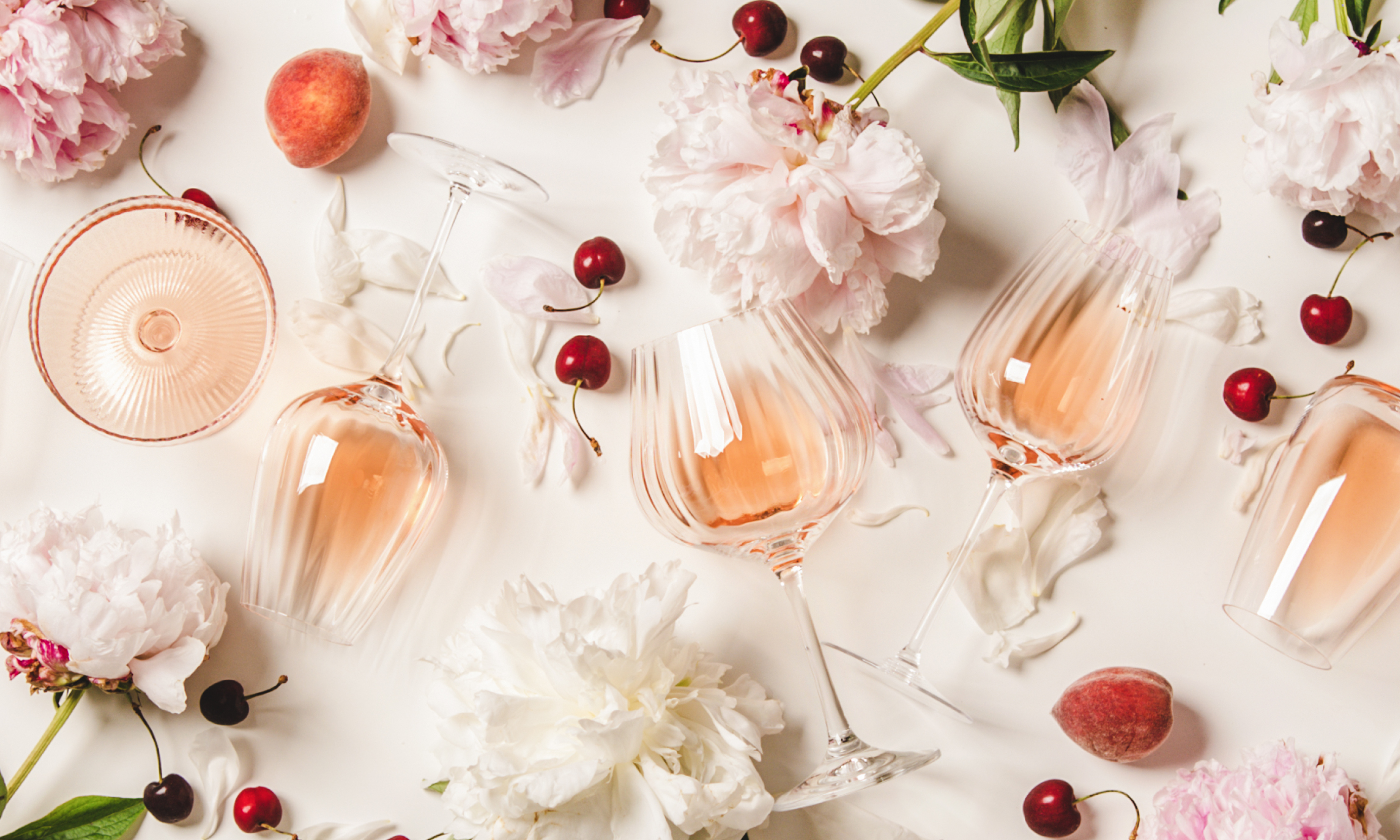 6 A cocktail of flavours

You might think all Prosecco tastes much the same, but Proseccos actually vary considerably in flavour dependant on many factors including the producer, region, style etc. Some have a fruity character with citrus, pear or green apple undertones, some will have floral notes of honeysuckle, elderflower or lily and others may have more of a sweet honey taste to them, among other distinguishable flavour notes.

Prosecco is also available in 6 different sweetness levels, ranging from Brut Nature, the driest, to the sweetest style Demi-Sec. The terms can be pretty confusing for the consumer, as you'd probably expect 'extra dry' to be the driest Prosecco of them all, however that's not the case. It's all determined by how many grams of sugar per litre (gs/l) remains after the fermentation process has taken place – the more residual sugar left equates to a sweeter Prosecco with slightly higher calories. Therefore, if you're looking for a dry Prosecco, something to bear in mind when out shopping is that Brut is dryer than Extra Dry, with <12gs/l and 12-17 gs/l respectively. 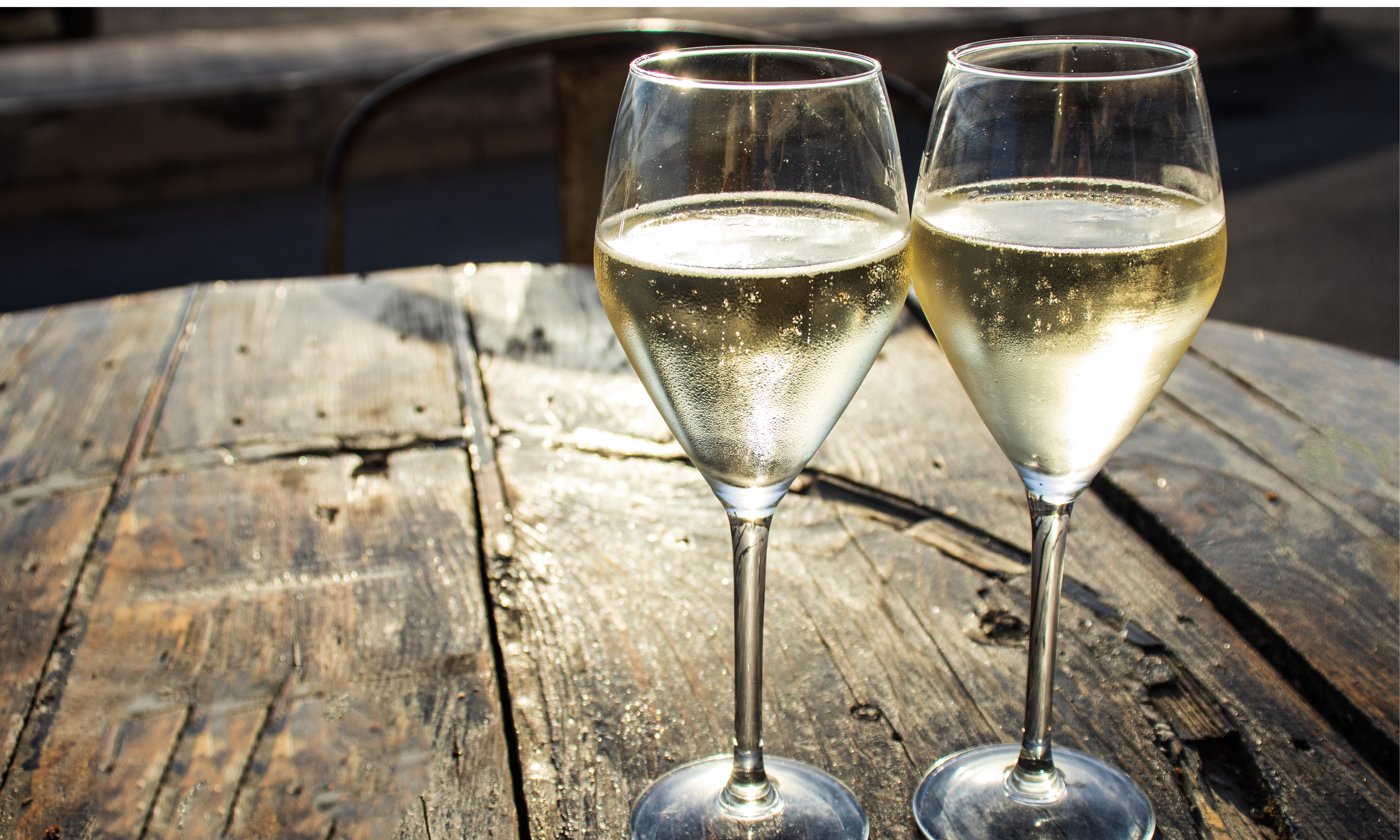 7 Fraudsters are cashing in

The high demand for our favourite fizz has meant that counterfeit products are on the rise. In 2018 the Food Standards Agency obtained a large shipment in Coventry containing thousands of bottles of sparkling wine that had been wrongly labelled as Prosecco, which was later traced back to production in Moldova!

Unfortunately, it can be hard to spot a fake from taste and appearance alone. Checking the label should be your first port of call- seeing either 'DOC' – Denominazione di Origine Controllata (controlled designation of origin) or 'DOCG' – Denominazione di Origine Controllata e Garantita (controlled designation of origin guaranteed) will confirm the validity of the Italian wine. Much like the Champagne name is legally protected in France, these classifications were established to protect the Prosecco name and keep production within the region. 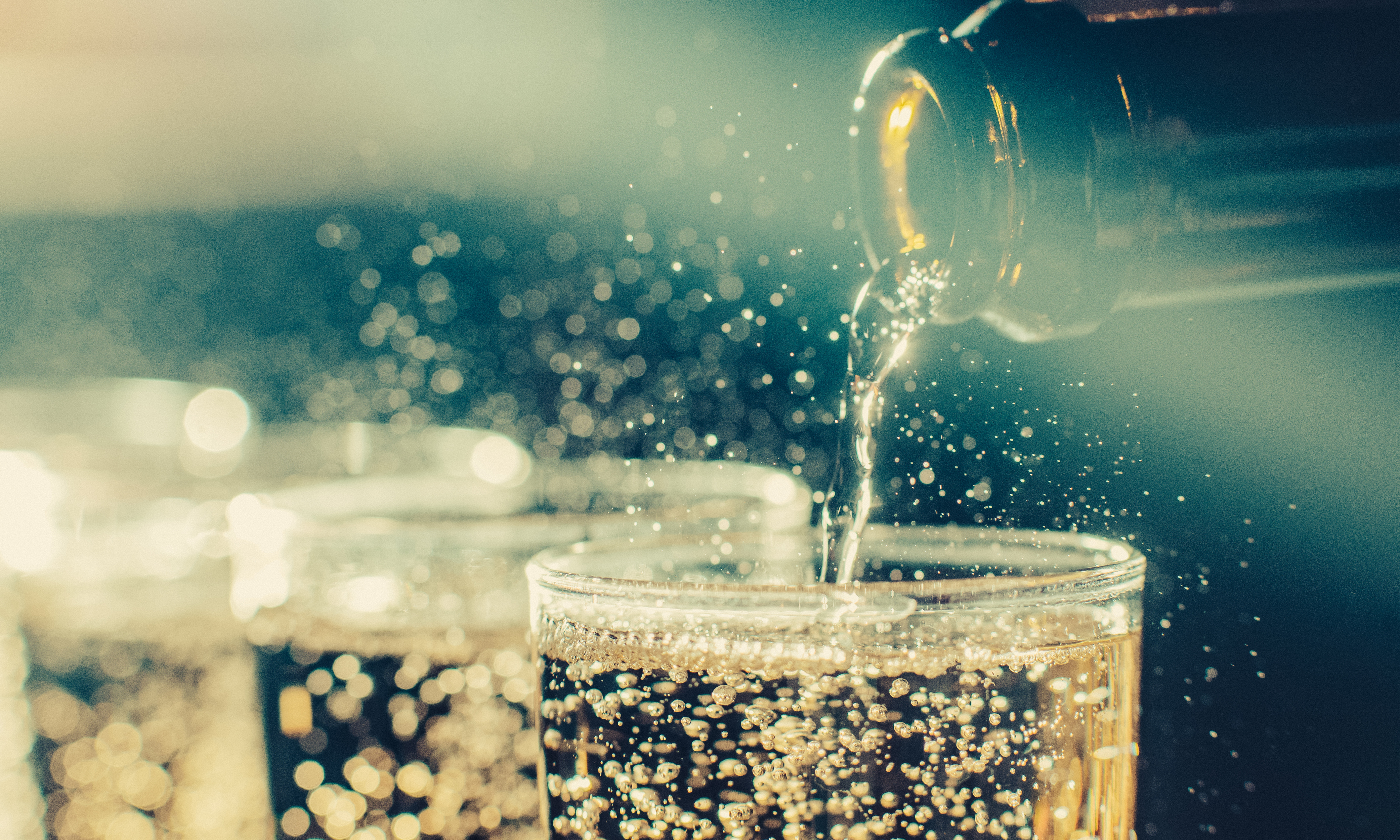 8 It's not all about the fizz factor

When most of us think of Prosecco, we think of the sparkling white wine synonymous with Italy, but it wasn't until the 19th century that a second fermentation process was added, producing the bubbles we associate Prosecco with today. Prosecco DOC is actually defined by three different types – Tranquillo, Frizzante and Spumante. A still Prosecco – 'Tranquillo' – although lesser well known, is still available commercially today for those who love the taste, but not the fizz. Frizzante is a semi-sparkling wine which is bottled at lower pressure than fully sparkling wines and because of this the bottles were traditionally sealed with a normal cork and secured by a piece of string. Today some have a convenient screwcap rather than cork closure. Lastly, we have Spumante, the most famous of the three types, known for its fine and persistent bubbles and bright colour. 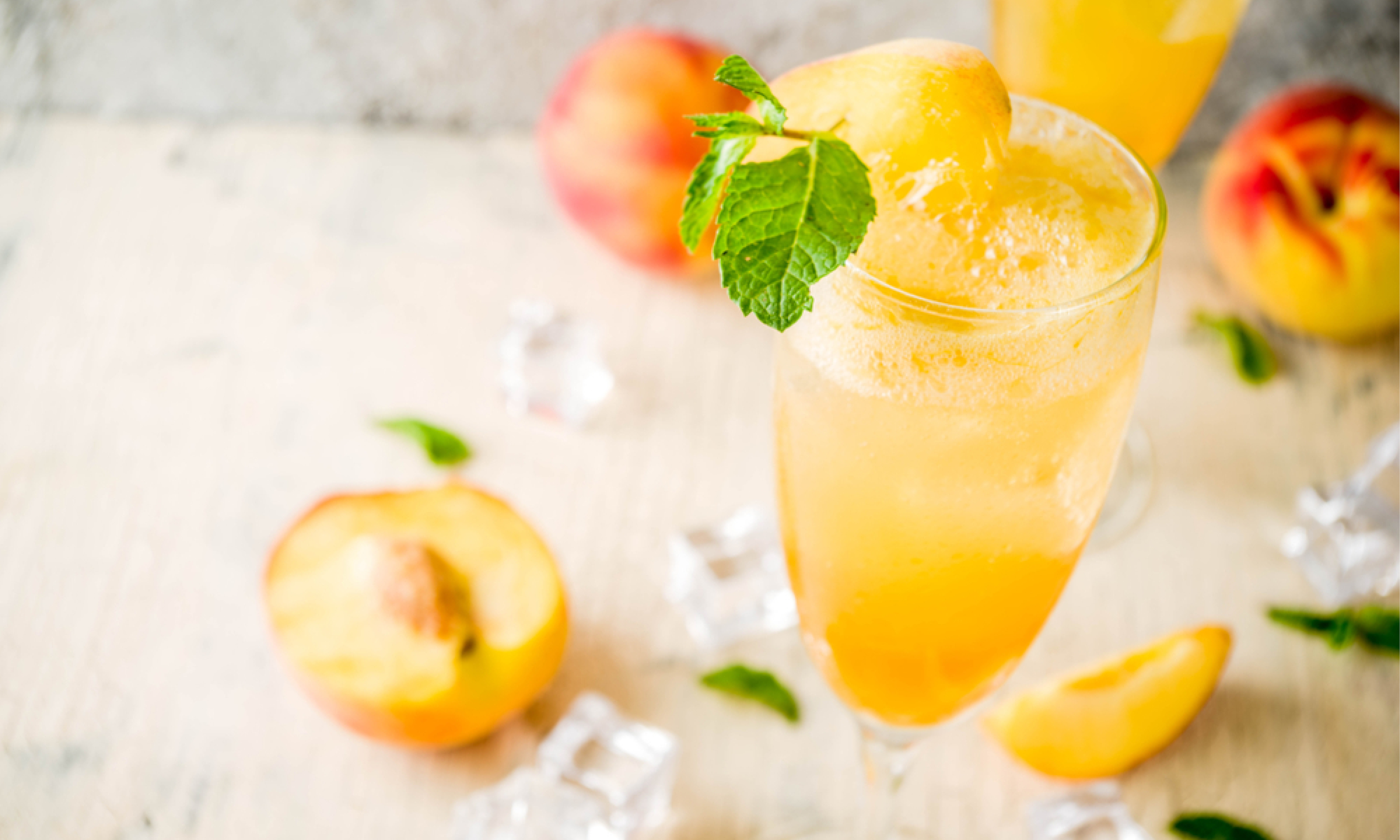 9 The original Bellini was made with Prosecco, NOT Champagne

Although Champagne is commonly used to create the much-loved cocktail in many bars today, the Bellini cocktail was originally made with Prosecco. Born in 1948 at the renowned 'Harry's Bar' in Venice – declared a national landmark by the Italian Ministry of Cultural heritage in 2001 – the Bellini was created by pressing soft, white peaches through a sieve to create a puree and was then topped up with crisp, dry Prosecco.

In terms of calories, there's very little in it! However, Prosecco's combination of acidity, sugar content and alcohol means it can do damage to tooth enamel when drank in sufficient amounts over time, worth bearing in mind for your dental health. Also remember that alcoholic calories have no nutritional benefit ('empty calories').

Always drink responsibly. The Nutracheck app has diary trackers to count alcohol units and calories from alcoholic drinks. To add these trackers to your diary, tap the blue menu button to the right of the search bar > Diary Preferences > Diary Trackers. 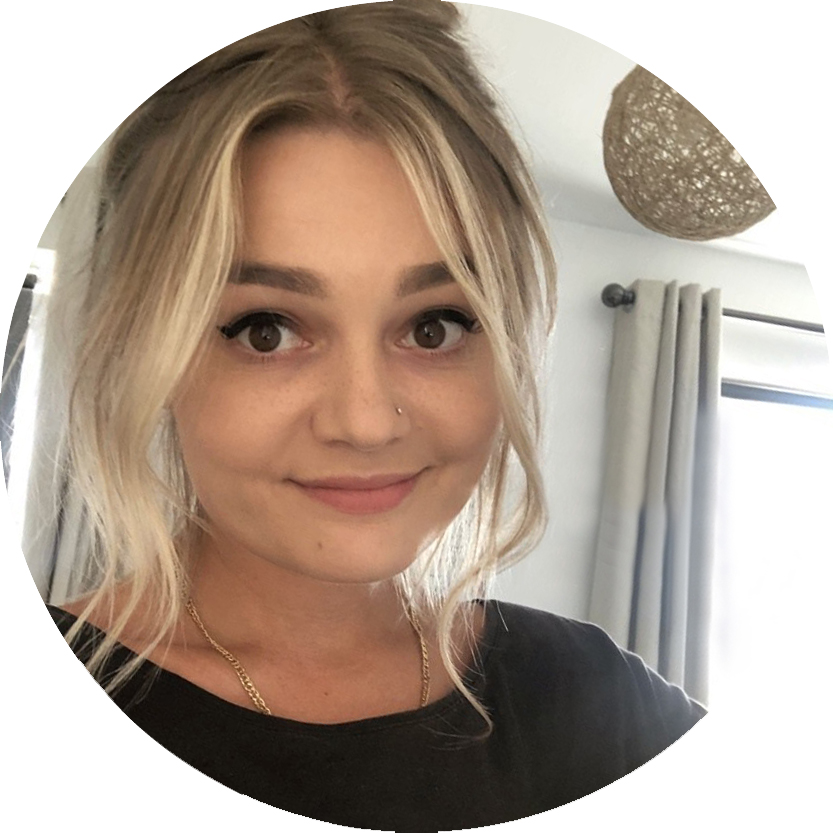 Nutritionist Sophie Edgington (ANutr), BSc Nutrition is passionate about practising evidence-based nutrition and debunking the multitude of inaccurate myths that so readily surround food and health information. Her goal is to ensure we are all able to make informed and responsible decisions regarding our health.